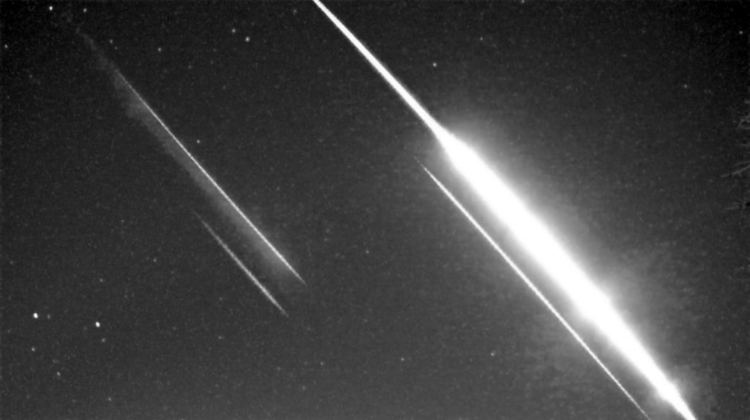 Bright Fireball Over Ontario, Canada May Have Dropped Meteorites

(PARABNORMAL NEWS) — A massive fireball that likely produced tens to hundreds of grams of meteorites could be scattered on the ground across Ontario, Canada.

Astronomers predict it would have fallen on the eastern shore of Lake Simcoe.  It was recorded on Sunday, April 17th at 11:37pm by more than a dozen cameras at Western University’s Southern Ontario Meteor Network and the Global Meteor Network.

Meteorites are typically dark with a scalloped texture and quite dense.

Western University and the Royal Ontario Museum are asking folks to look out for suspicious rocks and if you find one, store it in a plastic bag or wrap it in aluminum foil to keep it as uncontaminated as possible.

Studying meteorites helps understand the formation and evolution of the solar system.

One Reply to “Bright Fireball Over Ontario, Canada May Have Dropped Meteorites”