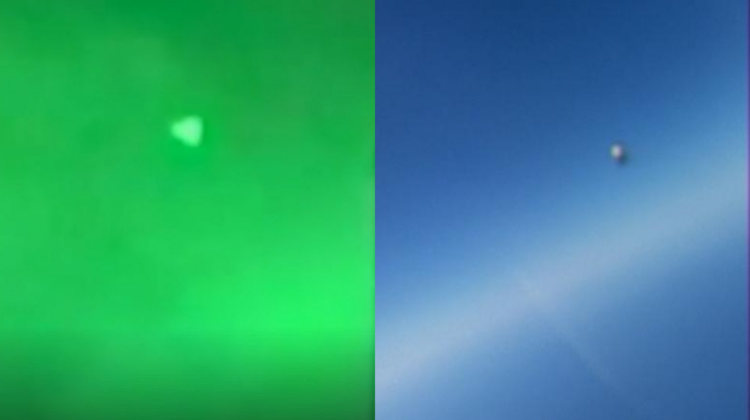 (PARABNORMAL NEWS) — For the first time in over 50 years, a public hearing on UFOs took place before a Congressional committee on Tuesday.

For 90 minutes, lawmakers grilled Ronald Moultrie, the Undersecretary of Defense for Intelligence & Security, and Scott Bray, Deputy Director of Naval Intelligence, about the work of the Airborne Object Identification and Management Synchronization Group, which was established by the Department of Defense last November.

Among the highlights were the release of three new videos from the military.  Two of them were taken years apart by Navy personnel on opposite coasts showing a green triangular object said to be unmanned that was zigging and zagging.  The Navy says they’re “reasonably confident” they were drones with the triangle shape the result of light passing through night vision goggles and then being recorded by an SLR camera.  The third taken from the cockpit of a jet appears to be a plasma-like object streaking across the sky over a training range in broad daylight.

The database for the UAP Task Force, which investigated 144 sightings as released in the June 2021 report from the Office of the Director National Intelligence, has grown to 400 sightings.

Moultrie and Bray said there’s nothing so far to suggest extraterrestrial origins, although U.S. military organizations confirm these reports are not of our classified aircraft.

It was also revealed that unidentified aerial phenomenon have come dangerously close to our aircraft and there have been at least 11 near misses.

When asked about materials the U.S. may be in possession of, Deputy Director Bray responded: “we have no material”.

Rep. Mike Gallagher questioned the witnesses about a document from 2002 known as the Admiral Wilson Memo that alleges government officials and contractors have been blocked from accessing information about crashed UFO materials.

After speaking publicly, the hearing adjourned into an executive session to discuss the classified information.  Lawmakers have criticized intelligence agencies for withholding what they really know.

So will anything come of this?

“A methodical approach is something we are doing that has not been done before,” said Undersecretary Moultrie.

An amendment passed in late 2021 requires AOIMSG to provide unclassified annual reports to Congress and classified briefings twice a year.