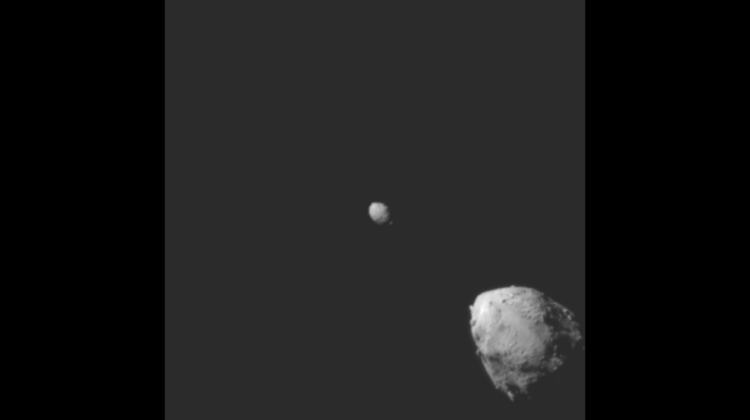 (PARABNORMAL NEWS) — In another first, NASA crashed a spacecraft into an asteroid on September 26th when the Double Asteroid Redirection Test (DART), the world’s first planetary defense technology demonstration, made impact after 10 months in space.

“The impact of DART into the asteroid Dimorphos was confirmed at 7:14pm Eastern Time when the DART Mission Operations Center here at APL lost signal with the spacecraft,” said Ralph Semmel, Director of the Johns Hopkins Applied Physics Laboratory.

The moonlet Dimorphos is 530 feet in diameter and orbits a larger asteroid Didymos that is 2,560 feet.  Neither poses a threat to Earth.

It is the agency’s first attempt to move an asteroid in space.

The team will now use ground-based telescopes to confirm how the impact altered the asteroid’s orbit.  They expect to find it moved Dimorphos’ orbit by about 1%.

One Reply to “NASA Crashes DART Spacecraft Into Asteroid Dimorphos”