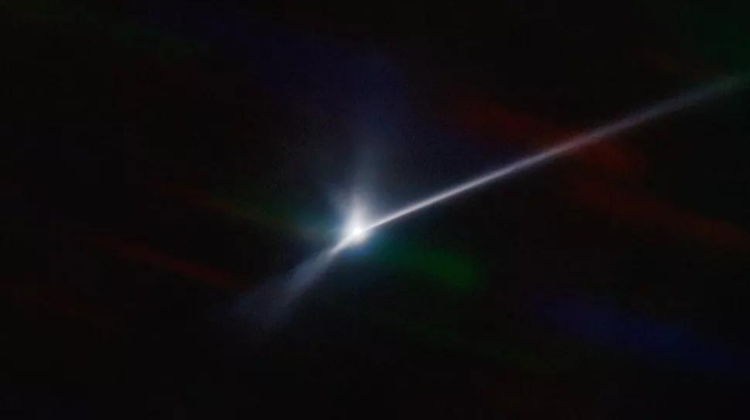 (PARABNORMAL NEWS) — The asteroid Dimorphos has a glowing tail of debris that’s more than 6,000 miles long as seen in a picture taken by the Southern Astrophysical Research Telescope two days after NASA’s Double Asteroid Redirection Test slammed into the space rock.

The comet-like tail of dust and debris blasted from the surface after the intentional impact by the spacecraft on September 26th.

“We’ll get a much better understanding of where we are from the impact images that the investigation team now is going to analyze for quite some time,” said Dr. Elena Adams, DART Mission Systems Engineer at Johns Hopkins University Applied Physics Laboratory.

Researchers are observing the aftermath of the impact and collecting data that will help assess how successful the attempt to alter the orbit of an asteroid was and help protect Earth from future asteroid impacts.